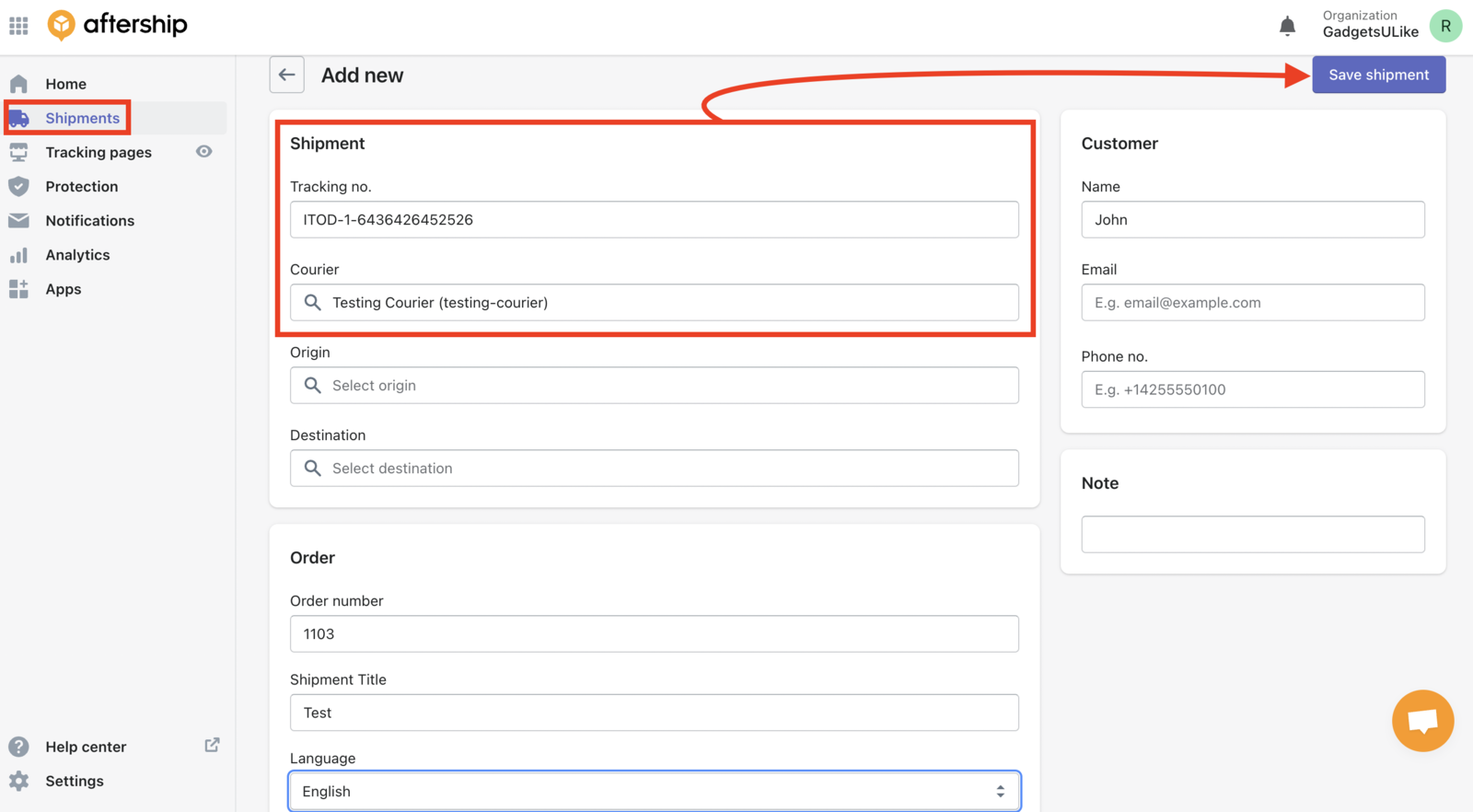 Again, go back to the Shipments page and click on the test shipment (created with the test tracking number and slug) to check how we show details to you 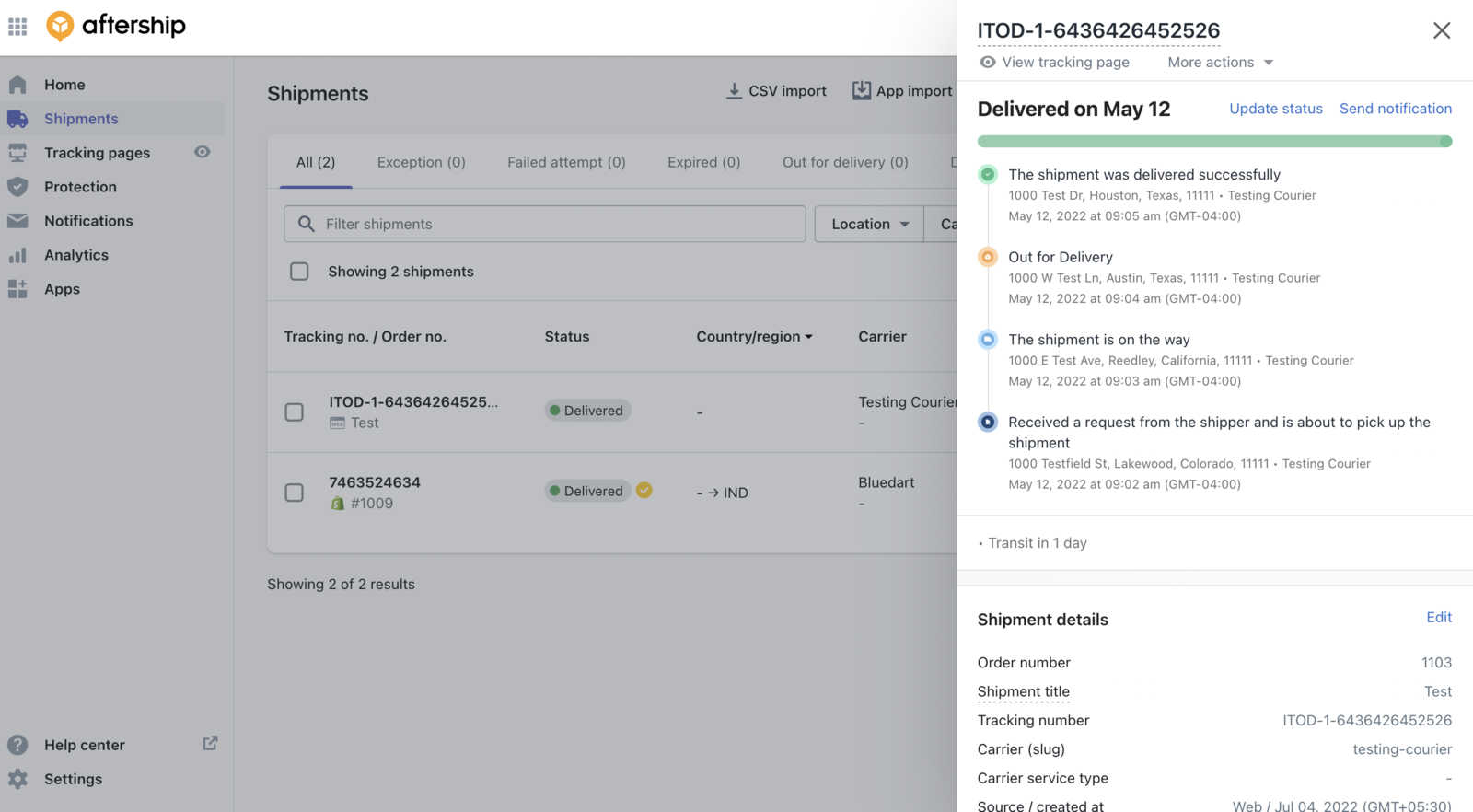 👨‍💻 Notes:Always use the testing slug testing-courier when creating a test shipment. It is crucial to input this slug because the tracking will not auto-update otherwise.A test shipment number can only be used once. We shared a few test tracking numbers above with you, just as an example. If you've used any of them and are seeing the final status, it means some another AfterShip user has already tried it. So, replace the last part of the test tracking number with another random string of 6-16 numbers or a-z alphabets and try again.➡️ API samplecURL：API descriptionAPI: POST https://api.aftership.com/v4/trackingsPayload:Still have questions about shipment tracking? Discuss them with our chat support team

Was this article helpful?